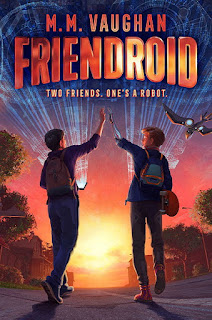 Stranger Things meets robots in this sweet story about an unlikely friendship between two boys—one human, one android.

Eric Young is an android, but he doesn’t know. He does know that he’s just moved to Ashland, so it’s important to make the right kind of friends—the kind that would be interested in skateboarding and the new Slick sneakers his Uncle Martin sends him.

Danny Lazio doesn’t have any friends, but he doesn’t care. Even if his classmates don’t accept him, he still has Land X, the online role-play game that he’s actually really good at. But then Eric takes an interest in Land X, and suddenly Danny thinks he might have found a real friend…if he can figure out the mystery behind Eric’s sudden disappearances and strange lifestyle.

It becomes harder to ignore the weird events that happen only around Eric. But uncovering the secret behind Eric’s identity is an act that might cost them both as powerful forces soon move in around them.

This heartfelt story about friendship and what it means to be human is sure to tug at your soul—or your soul-chip if you’re like Eric.
AMAZON | BARNES & NOBLE | BOOK DEPOSITORY

"A timely parable for this generation of digital natives." ―Kirkus

"For middle-grade readers who are ready to fight the power." ―Publishers Weekly

MY BOOK REVIEW
Friendriod is an amazing story for our generation of kids. The story touches on bullies, loneliness, image, and just wanting to be loved. Danny who is a loner spends his time with video games. Erik, a new kid, tries to get into the cool kids' group. He does anything and everything to be like them. One of the things he had to do was stay away and not talk to Danny even though they have a lot in common. Later in the story, Erik realizes being cool isn't always the thing to do especially when you have someone who likes and does the same things you do.
Danny invites him over to his house. Throughout the book we see their friendship grow.
The ending was the best. I felt so many emotions reading this book. I could not put it down. I feel this book will hit home to a lot of kids today. I would highly recommend every age to read this book. 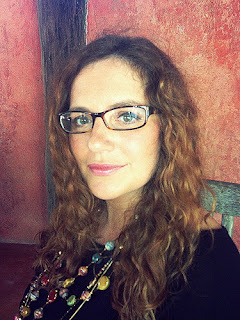 The daughter of South American parents, Monica Meira Vaughan grew up in Spain before moving to London at the age of five where she learned English by watching Sesame Street and reading every Roald Dahl book she could get her hands on. On leaving school, and after a brief stint in public relations, Monica decided to train as a primary school teacher. She spent over ten years working in special needs, mostly with children with emotional and behavioral difficulties, before becoming a full-time writer.

Monica loves writing after midnight, building cardboard cities and playing Lego with her daughter. She lives in London, UK. 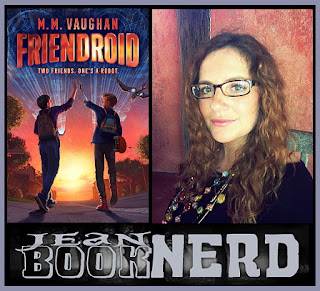 GIVEAWAY
--Giveaway is open to International. | Must be 13+ to Enter

-  2 Winners will receive a Copy of FRIENDROID by M.M. Vaughan. 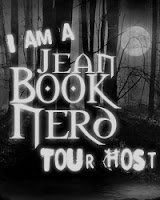