Showing posts from August, 2019
Show all

I got my Cat Jakie Punkin Back from Heaven 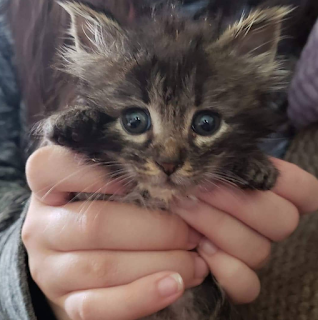 In May of 2018, Jakie Punkin, my 16 years old cat, passed away from cancer. He went in for his yearly teeth cleaning to getting a call saying the reason why is nose is always crusty isn't due to teeth it is due to jaw cancer. They gave him only 2 weeks to live.  I didn't believe them since they told me I would only have him for 1-3 years when we found out he had liver problems and cysts near his eyes.  I turned to the interest. I found some amazing products. and put him on Rescue Remedy for Pets, and CBD oil made for pets. I immediately went online trying to figure out how to slow cancer down. He was eating, playing and cuddling, so he wasn't in a lot of pain. I ended up calling a pet psychic Judy. She guided me through the process by telling me how he is doing. I learned he wanted to he wants to die to at home and not at the vet.  He told me he wants to come back but needs a year or so to recover after having a body that wasn't working right for a very long time
Read more

ABOUT THE BOOK Several books have been published about Vice President Mike Pence, but none have touched upon what may be the most fascinating aspect of our nation’s second in command: his deep faith. The Faith of Mike Pence  offers an intimate look at the man who calls himself “a Christian, a conservative, and a Republican, in that order.” Author Leslie Montgomery details Pence’s spiritual journey and examines how the vice president’s commitment to Christ has been a key component in his life as a husband, father, and public servant. Montgomery examines Pence’s encounters with politicos and evangelistic leaders such as James Dobson and Charles Lake. She shows the role of Pence’s faith in running for various offices, implementing faith-based initiatives, and responding to 9/11, the war in Afghanistan and Iraq, and the infamous Anthrax scare in Congress that directly affected him. The Faith of Mike Pence  is a powerful account of one of the most conservative vice presidents in A
2 comments
Read more

The Yellow Lantern by Angie Dicken Book Review and Giveaway

ABOUT THE BOOK Josephine Is Forced to Spy for Grave Robbers Step into True Colors —a new series of Historical Stories of Romance and American Crime In Massachusetts in 1824, Josephine Clayton awakes on the table of the doctor she’s assisted all these months. She was presumed dead by all and has become the doctor’s next corpse for his medical research. Frightened, the doctor tries to kill her, but Josephine begs to be spared. A deal is struck—Josie will leave her village and work at a distant cotton mill. All the while, she’ll await her true mission—posing as a mourner to help his body snatcher procure her replacement. At the mill though, Josie is praised for her medical remedies among the mill girls, gaining attention from the handsome factory manager Braham Taylor. Yet, when Braham’s own loved one becomes the prey for the next grave robbing, Josie must make a choice that could put her dark past behind her or steal away the promise of any future at all. What price will Josie
Post a Comment
Read more

Trial by Patience by Tabitha Bouldin Book Review and Giveaway

ABOUT THE BOOK Danny Solomon operates Break Away Acres, an equine therapy center for abused kids and teens. As a former abuse victim, Danny knows how important it is to let these kids know that someone still cares. God has blessed Danny with a gift: the ability to see the past of anyone who meets his eye. The information he is given through this gift allows him to know how he might best help those around him. Phoenix Nichols is Danny’s new trail guide. Her job is to help with the horses and keep an eye on the kids. With a past more painful than anything Danny has ever encountered, he finds himself unable to resist trying to help. When her past becomes her present, her trust in Danny is the only link she has to finding God…and peace. Book:  Trial by Patience Tabitha Bouldin   Author:  Tabitha Bouldin Genre:  Contemporary Christian Romance    Release Date:  August 12, 2019 Click here to grab your copy. MY BOOK REVIEW "Trial by Patience" is the third book in Tabi
Read more
More posts