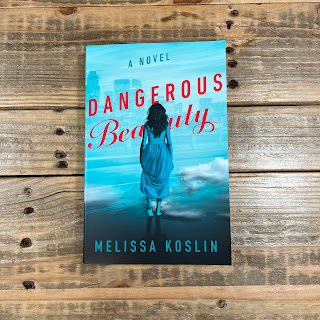 ABOUT THE BOOK Liliana Vela hates the term victim. She's not a victim, she's a fighter. Stubborn and strong with a quiet elegance, she's determined to take back her life after escaping the clutches of human traffickers in her poor Mexican village. But she can't stay safely over the border in America--unless the man who aided in her rescue is serious about his unconventional proposal to marry her. Meric Toledan was just stopping at a service station for a bottle of water. Assessing the situation, he steps in to rescue Liliana from traffickers. If he can keep his secrets at bay, his wealth and position afford him many resources to help her. But the mysterious buyer who funded her capture will not sit idly by while his prize is stolen from him. Melissa Koslin throws you right into the middle of the action in this high-stakes thriller that poses the question: What is the price of freedom? BOOK REVIEW "Dangerous Beauty" is a suspense romance novel. Liliana Vela fea
Post a Comment
Read more

When the Meadow Blooms by Ann H. Gabhart Book Review 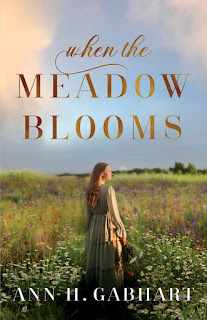 ABOUT THE BOOK Widow Rose Meadows eagerly accepts her brother-in-law's offer for her and her two daughters to live on his farm after her treatments in a sanatorium finds them needing a home. But is this scarred and reclusive man ready for all the changes these women will bring to his life? BOOK REVIEW I don't know what to say. This book was so beautifully written. Ann H. Gabhart had it told through 3 viewpoints- Rose Meadow (Mother), Sienna, and Calla (daughters). She takes you back to 1925 into Calla and Sienna Rose's lives. Rose Meadow lost her husband to influenza. She is recovering from tuberculosis in the hospital so her two daughters are in a horrible orphanage. They are hoping Dirk Meadows, Rose's brother-in-law could take them in except he was badly burnt in a fire and can't really do much. If Rose and her daughters can go to Dirk's home will it work out or will they be kicked out on the street? They unearth long-held secrets.  This is such a heartwarmin
Post a Comment
Read more

All That Fills Us by Autumn Lytle Book Review 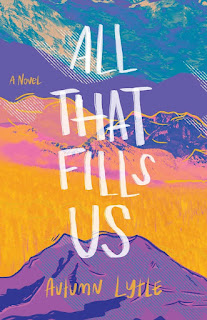 ABOUT THE BOOK  Mel Ellis knows that her eating disorder is ruining her life. Everyone tells her rehab is her best option, but she can't bring herself to go. Broken and empty in more ways than one, Mel makes one last-ditch effort to make hers a story worth telling. She will walk her own road to recovery along the lesser-known trails of the North American wilderness. Though she is physically and mentally unprepared to face the difficulties that lay ahead, she sets off on foot from Grand Rapids, Michigan, and heads toward Mount Rainier National Park in Washington State. During the long journey, she meets strangers with their own stories, as well as ghosts from her past who can no longer be ignored. But though the land she travels threatens her success at every turn, it's her own dark thoughts she'll have to overcome in order to find peace in the life and the body she has been given. With pitch-perfect timing and delightfully witty self-awareness, debut author Autumn Lytle mas
Post a Comment
Read more 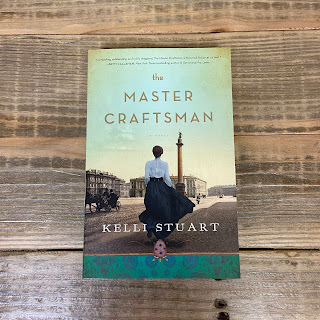 ABOUT THE BOOK In 1917, Alma Pihl, a master craftsman in The House of Fabergé, was charged to protect one of the greatest secrets in Russian history--an unknown Fabergé Egg that Peter Karl Fabergé secretly created to honor his divided allegiance to both the people of Russia and the Imperial Czar's family. When Alma and her husband escaped Russia for their native Finland in 1921, she took the secret with her, guarding her past connection to the Romanov family. Three generations later, world-renowned treasure hunter Nick Laine is sick and fears the secret of the missing egg will die with him. With time  running out, he entrusts the mission of retrieving the egg to his estranged daughter, Ava, who has little idea of the dangers she is about to face. As the stakes are raised, Ava is forced to declare her own allegiance--and the consequences are greater than she could have imagined. This modern-day treasure hunt from award-winning author Kelli Stuart transports you into the opulent and
Post a Comment
Read more 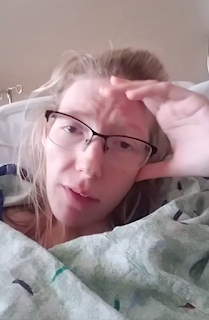 It has been 2 years and I haven't gotten Covid19 until now.  On May 7th, 2022 I started getting symptoms. I had a scratchy throat. I thought it was just allergies, but then in the afternoon on the 8th I developed a severe exploding headache, chills, fatigue, and a fever of 100.0.  Then I thought I had a flu bug until Sunday, May 9th, Mother's Day. My mom went out to eat with my grandma, aunt, and uncle. I stayed home because I was really sick. I soon developed diarrhea and severe nausea. Once my mom got home I had her help me take one of those Covid home tests. Fifteen minutes later the results came back. I had Covid. The pink line was solid pink. Time for isolation. I was so scared it wasn't funny. I didn't get vaccinated because of my auto-immune conditions. I was terrified Covid will set off my auto immune conditions and make me end up in the hospital. My mom tried to keep me calm. I felt bad she was taking care of me on Mother's Day.  My fever got really bad o
Post a Comment
Read more

I am a Vera Bradley lover. Unfortunately, they are too expensive for me, but I pick them up at garage sales, thrift stores, estate sales, and Vera Bradley outlet sales.  Since I am not a huge Star Wars fan and can live without it I thought I would let you know. I know a lot of you love anything Star Wars.  Wednesday, May 4th the Star War products will be released. Once they are released I will update it and put pictures of the purses, handbags, backpacks, etc.. on this post but for now its just this:  Vera Bradley Star War Website's Link: Click Here
Post a Comment
Read more

My picks are in blue. The winners are in pink.  I also always wished we could give more than one award in each category like the Olympics does. Gold, Silver and Bronze. For example.  Television TELEVISION DRAMA ENSEMBLE The Handmaid’s Tale The Morning Show Squid Game Succession WINNER Yellowstone My Quick Thoughts:  This really surprised me because Squid Game was well written and well shot. I am glad "The Handmaid's Tale" didn't win because their storyline is not that great. The first seasons were amazing.  I would give the Gold: Succession. Silver: " Squid Game " Bronze: "Yellowstone" TELEVISION  DRAMA ACTRESS Jennifer Aniston,  The Morning Show Jung Ho-Yeon,  Squid Game   WINNER Elisabeth Moss,  The Handmaid’s Tale Sarah Snook,  Succession Reese Witherspoon,  The Morning Show My Quick Thoughts:  I am so excited for Jung Ho-Yeon for winning because her acting was amazing.  If "Squid Game" wasn't in this category I would say Sarah Sno
Post a Comment
Read more
More posts