Showing posts from August, 2017
Show all

Picketts on The Porch Ends up in a Fight

I can't wait for the show to come out on Entertainment For All Network. This Redneck family isn't your typical redneck family. They all have a crazy story. They talk about Taylor Swifts new song, the Hurricane Harvey and their new rat possum aka dog.  To top it all the Corn Mafia had to show up. Got to:  Click Here . Don't forget to subscribe. There are also other fun videos on my channel as well.
Post a Comment
Read more

What Could Have Caused Your Celiac Disease

Celiac disease is serious autoimmune disease caused by an immune reaction to the ingestion of gluten. 40% of the population has one or both genetic biomarkers for celiac disease, but just 1% of the population actually develops the disease.  Researcher are getting closer to figuring out what could be causing Celiac Disease. According to this video scientists believe reovirus, which is a common and often harmless virus, might be causing the immune system to attack harmless food molecules, like gluten, triggering celiac disease.  Researching are continuing working on figuring out what is causing it in hopes of finding a cure.
Read more

Jennifer Esposito is a huge inspiration. I found this video to be helpful in getting awareness out about Celiac Disease and the understanding that it is a hard disease to diagnose and has many symptoms. You don't have to have stomach symptoms to have Celiac Disease.
Read more

Surviving Death: A Journalist Investigates Evidence for an Afterlife 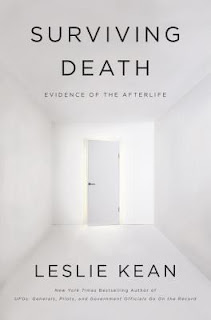 As many of you know, I am fascinated about the afterlife and near death experiences because I have experienced a near death myself. I have seen Heaven and Angels as well as my relatives who crossed over. This experience has really affected me a positive and a negative way.  It positively impacted me in knowing I will be going to a peaceful place where I am pain-free. It negatively impacted me because I was given the chance to stay up in Heaven and I decided to come back and keep growing my soul. When I am having a really hard day or week I beat myself up for making the decision to come back.  I came across Leslie Kean book called Surviving Death: A Journalist Investigates Evidence for an Afterlife . She takes people experiences with the afterlife and near death experiences and analyzes them. She basically investigates them.  Kean helped produce a 2011 documentary based on UFOs for the History Channel, made by Breakthru Films, an award-winning film company. Kean has been featured on
Read more

I am so excited for this opportunity to produce this funny reality show with this crazy Pickett family. It's a redneck reality show. I hope you find moments where you laugh.  Don't forget to subscribe to Entertainment For All Network on Youtube.
Read more

Things I Learned From An Ear Infection 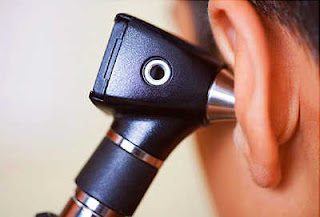 Lately, I have been dealing with a really bad ear infection that just doesn't want to go away. The frustration of all the steroids and antibiotic ear drops is getting me down.  Here are some things I have also learned from having ear infections: 1. Don't ever use cotton swabs. NEVER EVER. Using them will cause ear wax to be lodged in the eardrum.  2. Don't put cotton balls on the other part of ear to hold in the ear drops because particles from the cotton ball can and will attach to the thick liquid of the drops that drip down into the ear canal causing the bacteria and fungi to grow even faster as well as causing your hearing to be even worse.   3. Buy lots of perfume because all the vinegar that is squeezed into your ear will eventually come out.  4. The Ear doctor's big vacuum machine is your friend. It hurts like crap, but it relieves the pressure and allows you to hear a little better even though you think at any second he will suck your ea
Read more
More posts