Showing posts from November, 2018
Show all

Christmas Presents from the Past 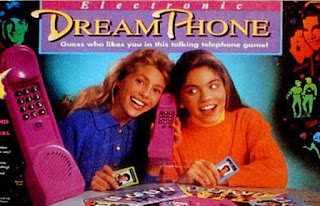 Christmas has always been one of my favorite holidays. As a child Christmas is even more fun. I remember not being able to sleep because I was trying to hear Santa Clause. Never did hear him. I finally figured out Santa wasn't real when my mom started getting lazy and wrapped the gifts from my parents with the same wrapping paper from Santa. A couple of my friends were talkiing about the toys we wanted as a kid. Here are some fun toys of my childhood. DREAM PHONE GAME One of 24 incredible boys really likes you. Now you just have to find out who by calling his friends for clues! Play a boy's photo card and call his number on the electronic touch-tone phone! Listen to a clue about your secret admirer's clothes, sports, foods, or special hangouts. Then search the gameboard to identify who he is and who he isn't. Calls are private unless someone plays a Speakerphone card - then everyone hears that clue! If it's a Share a Secret card, just you and one frie
Read more

SYNOPSIS Adventure, danger, and a thrilling global mission await 12-year-old Cruz Coronado as he joins an elite school for explorers. Cruz leaves his tranquil home in Hawaii to join 23 talented kids from around the globe to train at the Explorer Academy with the world's leading scientists to become the next generation of great explorers. But for Cruz, there's more at stake. No sooner has he arrived at the Academy than he discovers that his family has a mysterious past with the organization that could jeopardize his future. In the midst of codebreaking and cool classes, new friends and augmented reality expeditions, Cruz must tackle the biggest question of all: Who is out to get him, and why? Readers can get in on the excitement with puzzles and codes embedded throughout.   AMAZON  |  BARNES &NOBLE  |  BOOK DEPOSITORY BOOK EXCERPT Praise for  EXPLORER ACADEMY  Series “This series opener from a new imprint of National Geographic is a ful
Read more 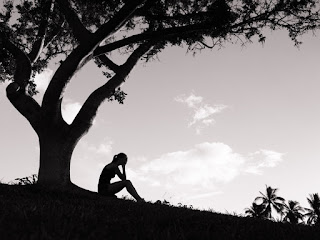 How do you help a friend who doesn't want to help themself? I am sad, scared and angry. THere is so many emotions I am going through at this moment.  On Wednesday her co-worker was getting into her space and he wouldn't stop. This triggered flashbacks to being a kid with her family member molesting her. Luckily she asked for help. We told her to get into her car, lock the door, call her boss and call 911. She got into the car and left work but she didn't report it. She wanted to make sure she is okay. She also is a cutter and she told us she is cutting herself. Finally, she came to us. We thought she was doing okay, but I guess we were wrong.  Last night she took a whole bottle of Zoloft. There were more than 70 pills in the bottle.  She was suppose to come over to my house and do a real thanksgiving dinner because she has never had a real thanksgiving dinner. Then we were going to put the tree up and watch some Christmas movies. Well this didn't happen.
Read more

SYNOPSIS High School Can Be a Real Killer Break a mirror Walk under a ladder Step on a crack Innocent childhood superstitions … But someone at the secluded Trask Academy of Performing Arts is taking things one deadly step further when the campus is rocked with the deaths of some of its star students. Layna Curtis, a talented, popular senior, soon realizes that the seemingly random, accidental deaths of her friends aren’t random—or accidents—at all. Someone has taken the childhood games too far, using the idea of superstitions to dispose of their classmates. As Layna tries to convince people of her theory, she uncovers the terrifying notion that each escalating, gruesome murder leads closer to its final victim: her. Will Layna’s opening night also be her final bow?   AMAZON  |  BARNES & NOBLE  |  BOOK DEPOSITORY ABOUT THE AUTHOR Born and raised in Upstate New York,  Thommy Hutson  graduated from UCLA and launched his career co-writing the story fo
Read more
More posts